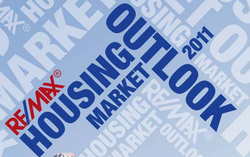 AcrossNiagarathere have been 4398 year-to date sales of residential single family homes compared a total of 4586 in 2010, representing a 4% decline in regional activity.

Unlike Pelham, most communities inNiagaraare reporting fewer new listings than last year. As of the end of October there were 9105 listings placed on the market in 2011 compared to 9412 last year – an overall drop of 3.3%.

The lower inventory level has offset the reduced sales activity to keep the regional market in a generally balanced position. The 12 month average price inNiagarahas been hovering at approximately $229,000 since July 2011.

With a surplus inventory situation in Pelham the average price story in our immediate local market is slightly different. Pelham’s 12 month average price in October was $330,296, reflecting a .6% slide from the September 2011 peak level of $332,199.

The slow down in average price growth is the subject of many recent national housing reports with economists noting that the Canadian re-sale average price of $352,600 in September represented the smallest year-over-year increase since January.

Overall the housing market continues to be bolstered by the combined impact of low mortgage rates and the general level of consumer confidence in the resiliency of our Canadian economy. A slow but steady outlook bodes well for the continued vitality of the residential housing sector.

“Cathy Berkhout-Bosse, H.B.A. is a real estate broker at Remax Welland Realty Ltd. You may read past articles at www.NiagaraRealtySourceReport.com”